All of the staff at Table Legs Online were honored to make our first appearance on Late Night With Seth Meyers. Well, we would have been if we had made it on the show. While none of us personally made it on TV, we did have a representative from the company that made it on screen. See if you can spot our representative in this photo.

Our sales staff was very excited to hear from the show. They called in to place an order for one of our most popular table legs, and explained that the legs were going to be in the show on 3/17/15. OFFICE28 is a simple but modern office table leg. The skit titled "Hannah Horvath Joins the Late Night Writing Staff" aired and was as expected, a hilarious five minutes. For those of you who may not know who Hannah Horvath is, she is Lena Dunham's character from Girls. Hannah has a rough first day in the writing room. I'm not going to ruin it for you in case you haven't seen the skit. What I will say is that it's just over five minutes of comedy, dealing with uncomfortable situations, crazy stereotypes, and odd responses to everyday writing room etiquette.

The crew from Late Night With Seth Meyers, was nice enough to provide some great photos from the show, and even some photos from the production side. Photos by Photographer Lloyd Bishop. 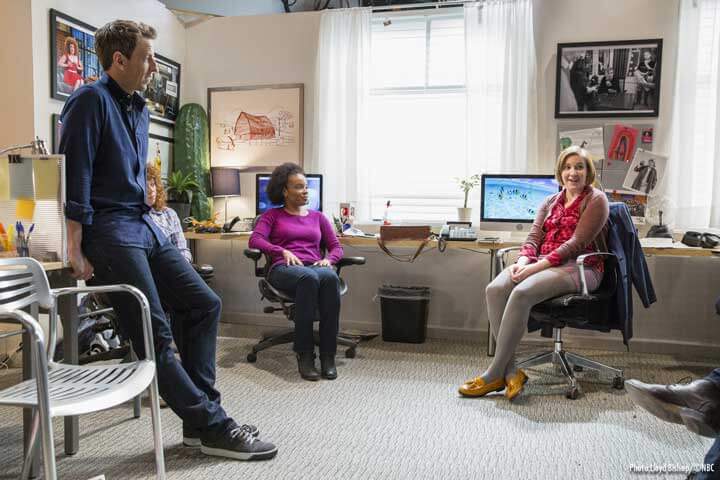 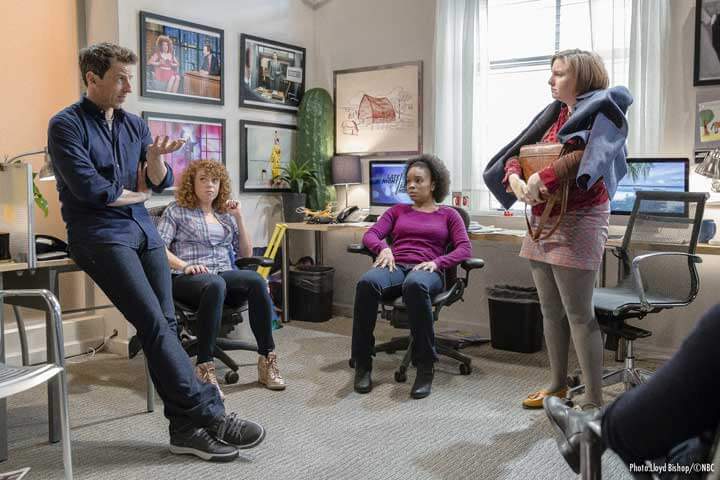 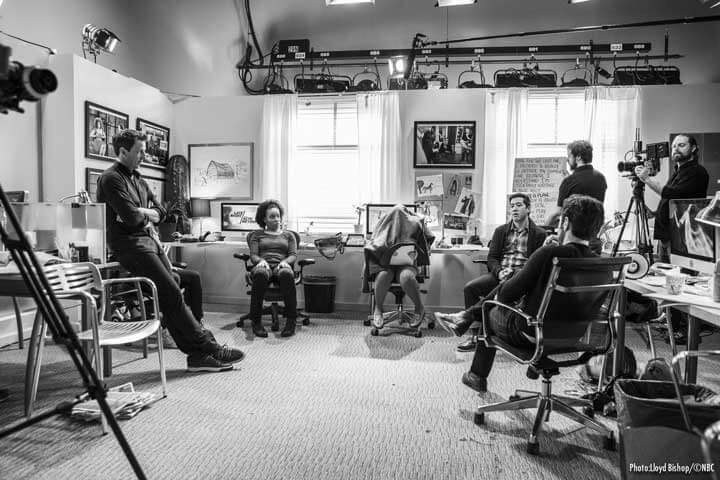 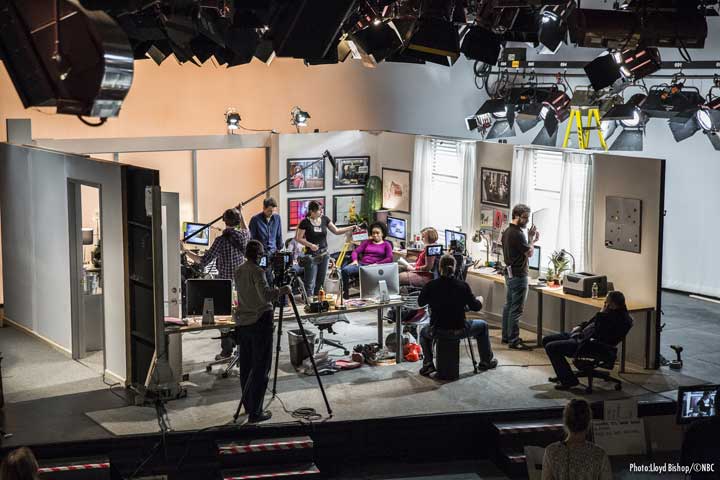 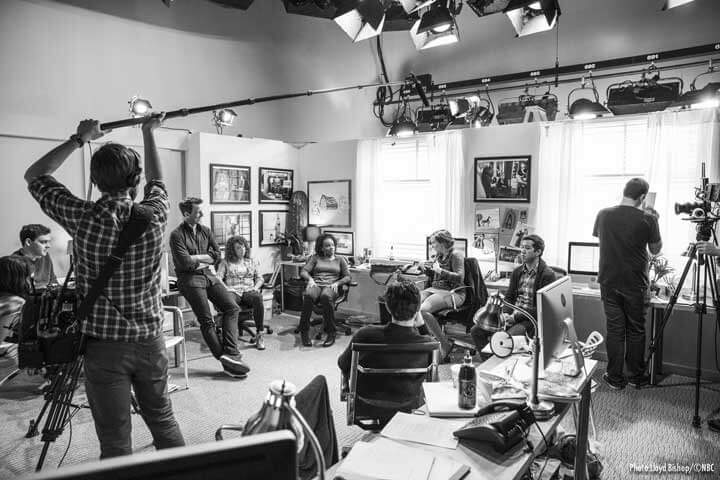 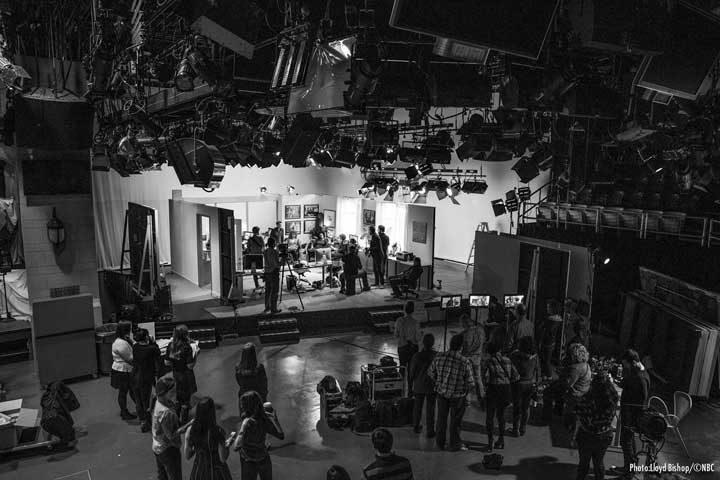 Here's a link to the skit. Before you click, know that this is a Late Night show and may not be appropriate for younger viewers. Hannah Horvath Joins the Late Night Writing Staff