Halloween. There is no escaping the annual tradition for many. The steep candy discounts, expensive but cheaply made costumes found even in grocery stores now-a-days. Halloween is a holiday to some and a curse to others. It represents harmless scary fun, inspires creative costumes, promotes death and decay, and is a great excuse to be anything you want to be, as long as it isn't yourself.

In the spirit of Halloween, I wanted to share with you a new customer spotlight that fits right in with this unofficial holiday. We had an artistic customer come to us from the film industry looking for something to use as a sturdy body stand. No motives were questioned, but for the sake of providing him with the right products, we had to ask why. His story had us in awe and gave us a glimpse into the magic behind filmmaking and artistry that goes into the genre of horror and gore.

His name is Victor Acord. He was the Lead FX Artist on the set of Camp Killer, a throwback to 80's slasher flicks with a twist and a lot of fun and gore to keep you entertained and grossed out. He is also a staff member at KE Hardware. We sat down with Mr. Acord and had an informal interview with the artist about his craft and how he used one of our table bases. The following is that interview. 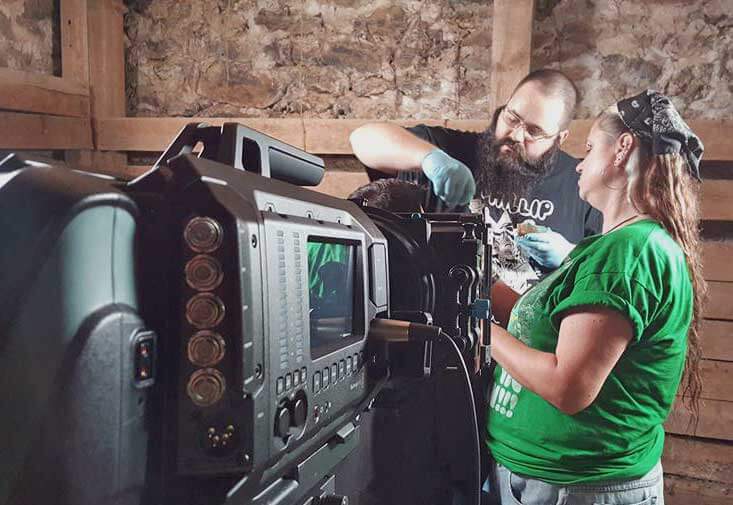 Hello Mr. Acord and thank you for taking the time to talk to me about how you used this press fit pedestal table base and your craft. Tell me a little bit about the movie and where you fit in.

The movie is called Camp Killer. I am the main FX artist on set. The table base was used to hold a torso and head that were on loan and made by another local artist Mark Wenger from Original Sin FX.

So can you tell us how the effect works without giving anything away?

The effect was simple. I fed tubes attached to garden sprayers and one tube was connected to a siphon pump. That one was in the center. Once the head was placed on top of the torso the actor came in a swung an axe to decapitate. I, along with Blood Mistress Rio Russo and director Shawn Jones were sitting underneath pumping blood to shoot out from the neck as the head came off. It worked perfectly.

How did you come to your decision on using our base for this project?

I was looking for something affordable and was the height I needed to be able to hold the prop up correctly. I didn't have time to make a stand so I did a quick online search. There were a lot of choices but I decided to go with Table Legs Online; checked the scratch and dent section and found exactly what I needed for my budget. Funny thing is I couldn't even find anything wrong with it for it to be under scratch and dent. This was the perfect height and was perfect for my needs. 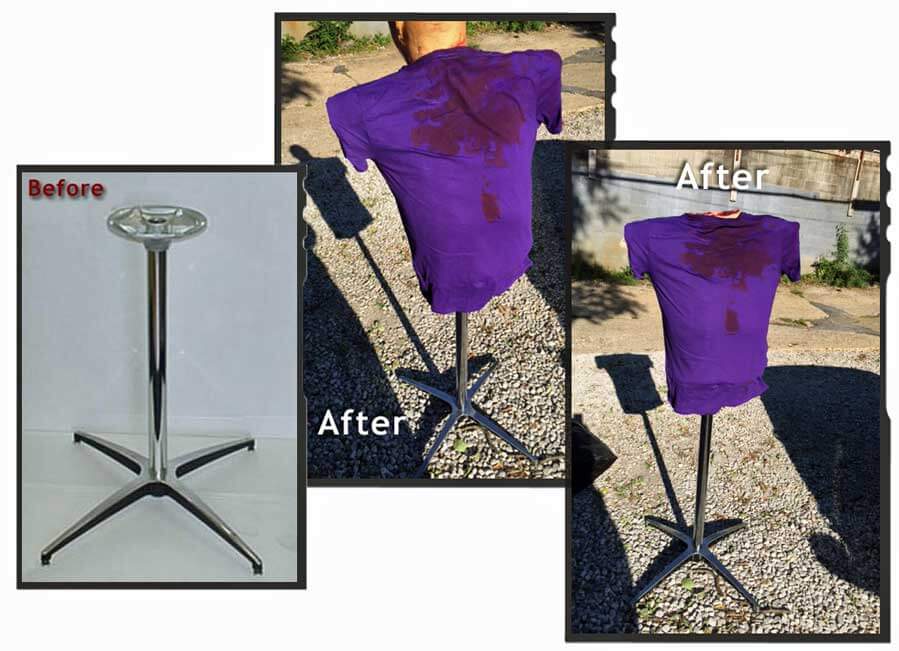 The Pedestal Table Base Victor used was from our scratch and dent section. Find new ones in our X-Shaped Table Bases section.

Tell me more about your role as the Lead FX Artist for Camp Killer.

As the Lead FX Artist I go through the script and make notes on the different effects needed. A lot of times its simple things like cuts, bruises and scrapes. Maybe some blood to be sprayed but Camp Killer was more than that. I had to do life casting which is when you make a mold of an actor's body using alginate, kind of like when the dentist makes a mold of your teeth. Once the mold making process is finished, I can cast the mold in almost any material.

For this film I used silicone and foam. I made two female chests which ended up getting stabbed and cut up depending on what was needed for the script. I did an effect where a man gets decapitated, a woman gets her face peeled off, a man gets his hand cut off and another man gets darts in the eyes. Two campers get their heads squished by a log and there were a few disembowelings. Gallons of blood and sweat later it took two weeks of prop making and 5 or 6 days of actual filming. 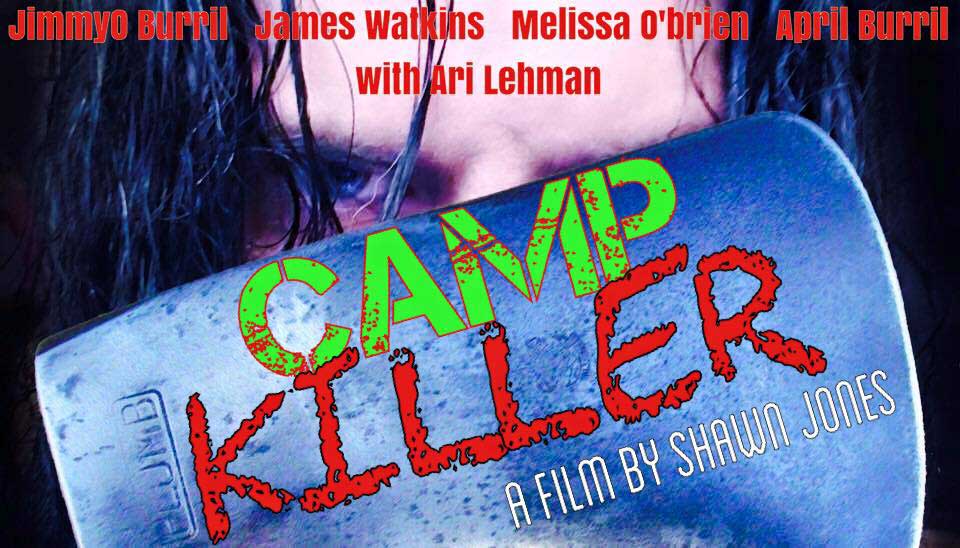 http://www.imdb.com/title/tt4794416/ Synopsis from IMDB: The sheriff of a town plagued by an unstoppable killer Meets up with his nemesis one last time as a pair of survivors complicate matters for the worse. Who will be left standing and what will remain of their sanity?[/caption]

Can you see yourself utilizing our bases, or any of our other products, in a future project?

YES! Even though I found what I needed under scratch and dent there were plenty of other items on the site I will keep in mind for future use. A few of the smaller legs that are 6" or more can be used in prop making to hold up various things or to run tubes through or even just as a prop itself. How cool was that?! Mr. Acord and his team blew us away. We hope the best for him and can't wait for the movie to come out. I will leave you with a teaser trailer for Camp Killer (viewer beware, gory content):

Have you bought one of our products and want to show off your designs? No matter how small our large your work is, we'd love to hear about it. Email us at social@tablelegsonline.com or comment below.